NATO in Response to Security Challenges in Europe

On May 12-13, 2016, the Atlantic Council of Albania organized its 19th Annual International Conference titled: ‘NATO in Response to Security Challenges in Europe’. The conference was attended by about 100 participants who were government representatives, diplomats, academic people, defense experts, university students, security researchers, various representatives from the civil society, members of the Atlantic Council of Albania, etc. 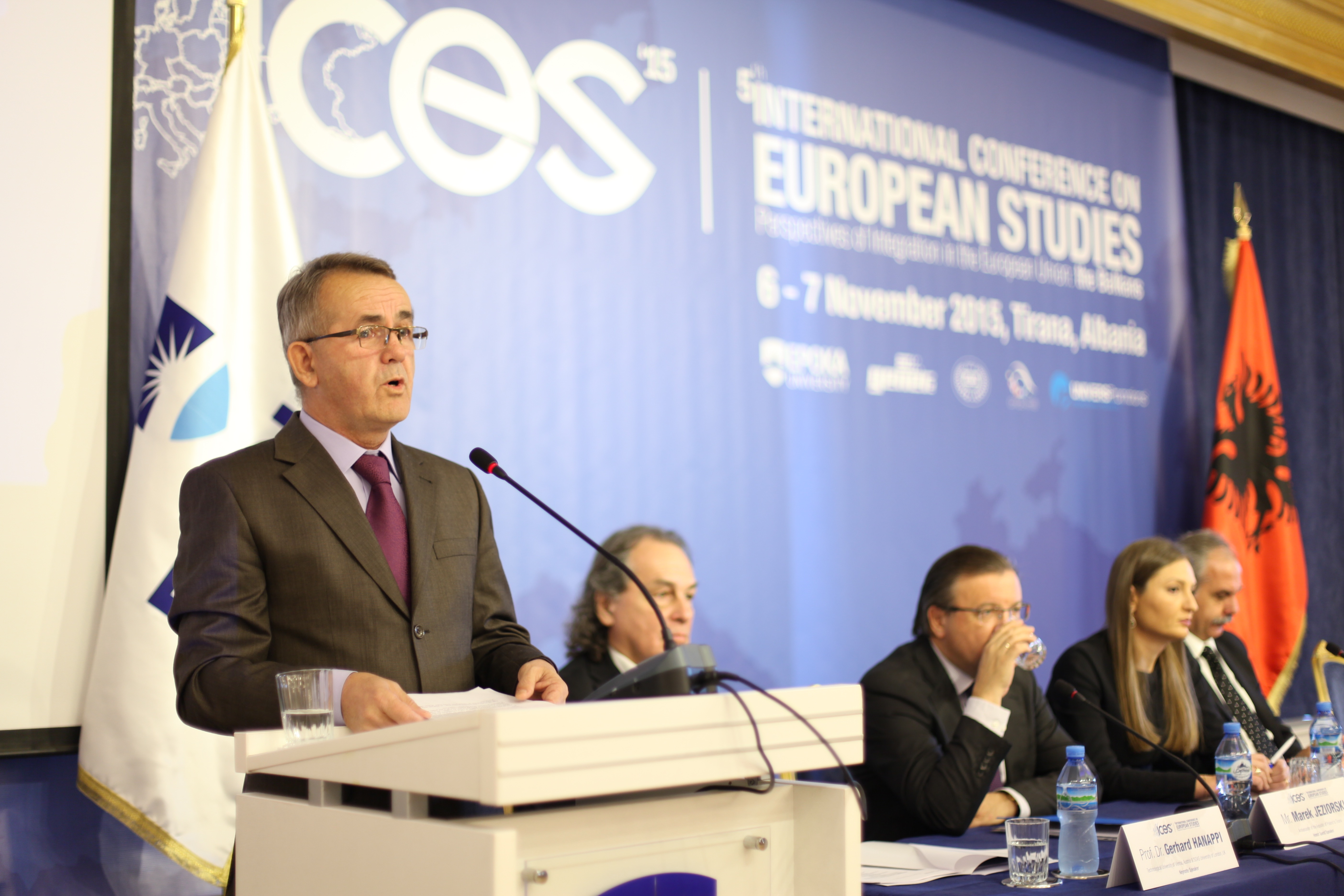 Perspective of Integration in European Union: the Balkans

On 6 November 2015, Mr.Kristaq Birbo, Executive Director of ACA, participated as honor guest speaker in the opening session of the 5th International Conference on European Studies : “Perspective of Integration in European Union: the Balkans” organized by the Epoka University.

Following the long tradition of international conference organization and in the framework of 20th anniversary of NATO’s partnerships, the Atlantic Council of Albania organized on 20th May 2014 the 17th annual international conference dedicated to successful NATO’s partnerships. The major objective of the conference was the elaboration of the concept of cooperative security as one of the pillars on which the NATO’s efforts and activity for the Euro-Atlantic and international security have been based in the past and increasingly in the future. The main topic of the conference is “NATO – Twenty Years of Partnership Cooperation for Euro-Atlantic and International Security”.