The Atlantic Council of Albania Publications 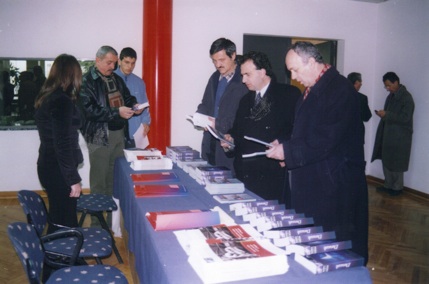 Handbooks with analyses on surveys on the Albanian public opinion on the issue of support to NATO and its role :
The first survey involved university and secondary school students on the issue of Albanian’s membership in NATO, in 1996.

The second one involved the Kosovar Albanian violently displaced from their homes on the issue of their confidence and trust in NATO’ operations, 1999.
The third one was conducted to asses the level of information and awareness of the Albanian public opinion about NATO following the conflict In Kosovo., 2001.