LECTURE SERIES : “ALBANIA, NATO AND THE FUTURE OF EURO-ATLANTIC SECURITY”. 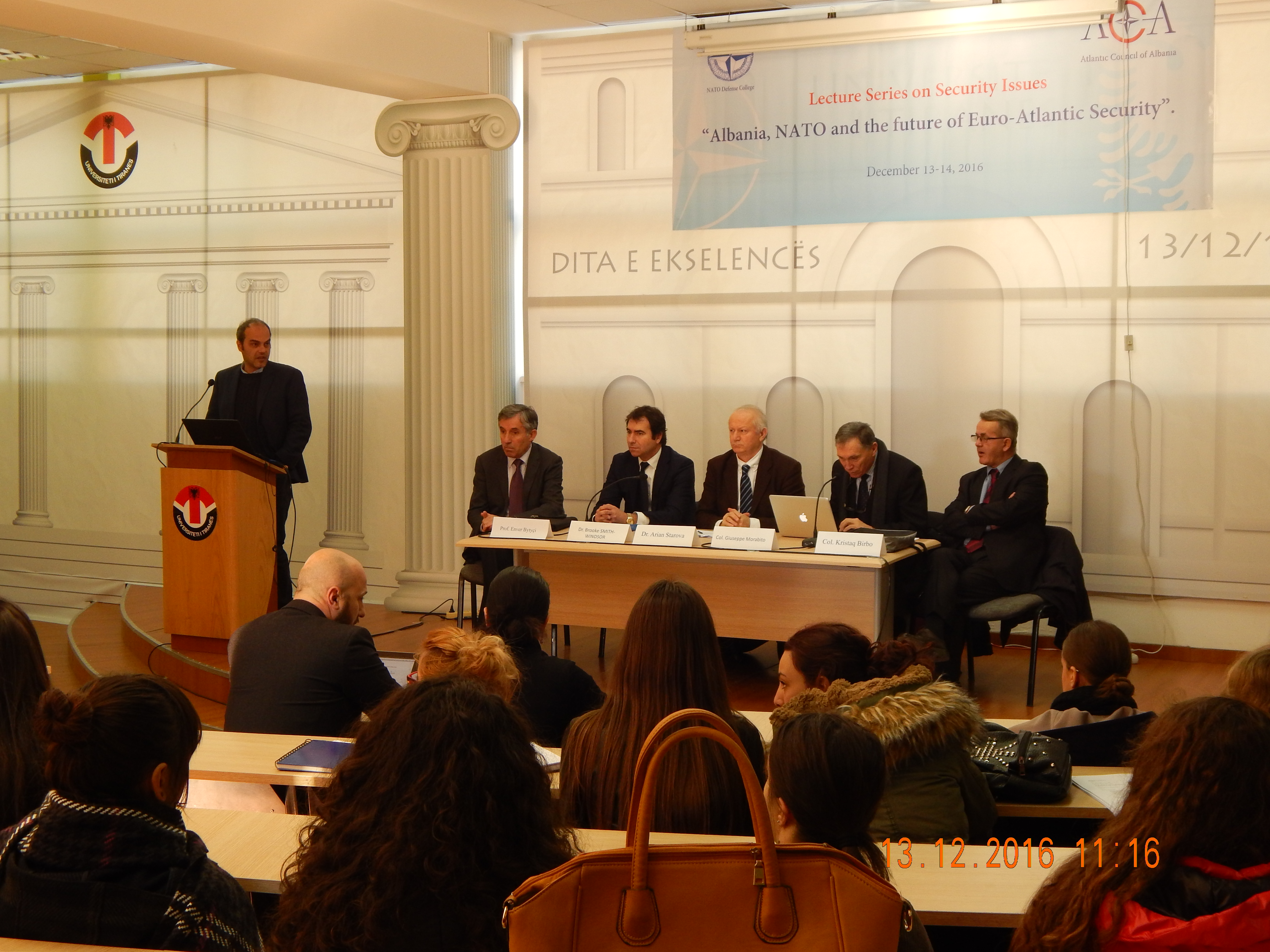 One of the main goals of the Atlantic Council of Albania is to discuss specific issues on current regional and international developments in the field of security with a focus on the role of NATO. In this framework, on 13 and 14 December 2016, Atlantic Council of Albania, in cooperation with the NATO Defense College in Rome and the Universities in Tirana and Durres, organized a public lecture under the title : “ Albania, NATO and the future of Euro-Atlantic Security”.
The audience was students and professors of political sciences and international relations, people from the media, and experts in the issue.
The Moderator was Dr. Arian Starova, Former Minister of Foreign Affairs, President of Atlantic Council of Albania.
Dr. Brooke SMITH-WINDSOR, Deputy Head Research Division in NDC : “ From Kosovo to Libya, NATO and the responsibility to protect”.
Col. Giuseppe Morabito, Former Head of the NDC Middle East Faculty and the former Chief of Staff of the NATO forces in Albania for 11 months in 2000 and 6 months in 2002 : “NATO and the Muslim World”.
Prof. As. Enver Bytyçi, Professor in Durres University and in the University of Pristine : “Albania’s security threat perceptions”.
Col. ® Kristaq Birbo, Former Adviser to the President of the Republic, Executive Director of the Atlantic Council of Albania : “ The cooperation and Albania’s role in NATO”.